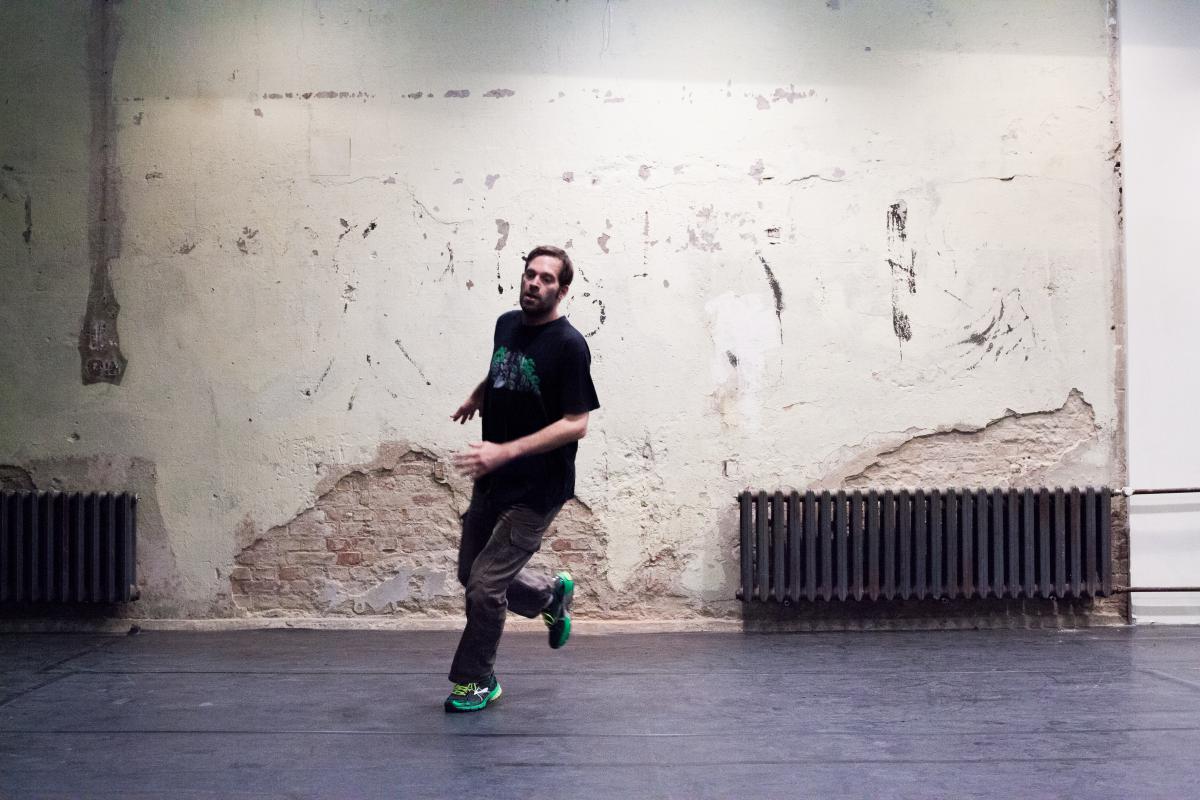 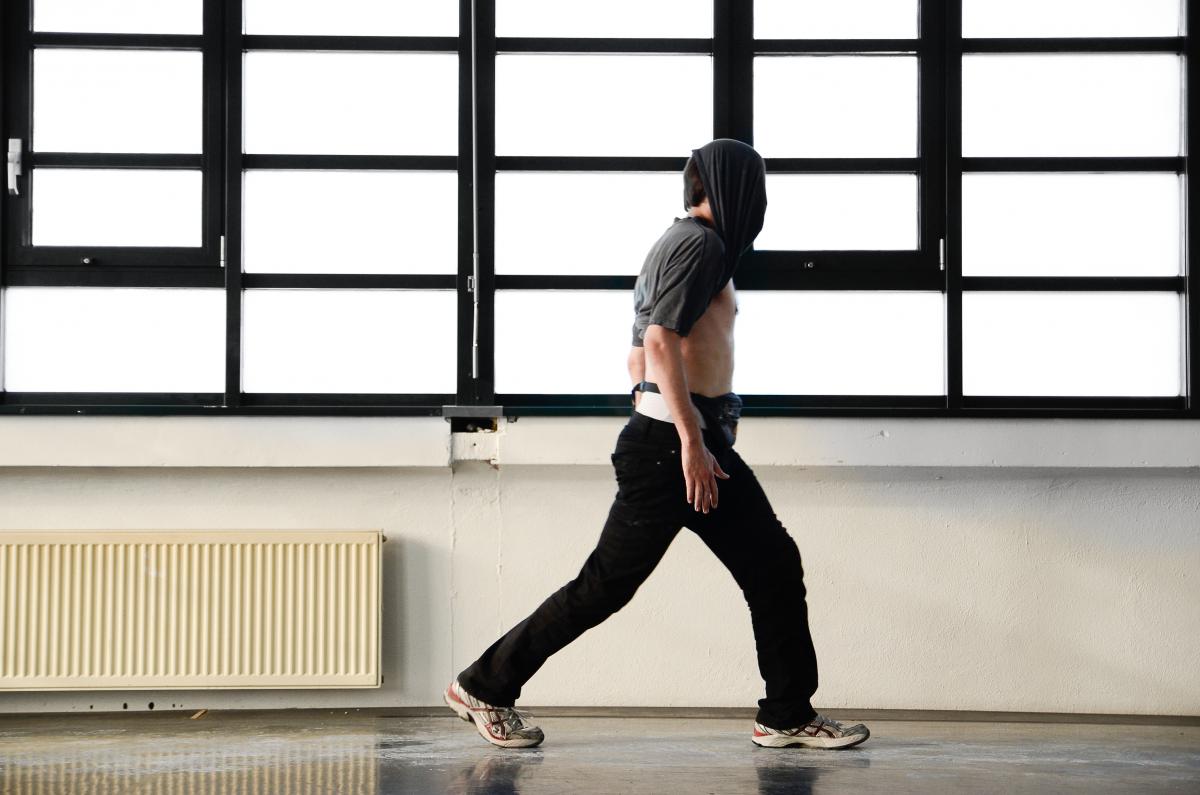 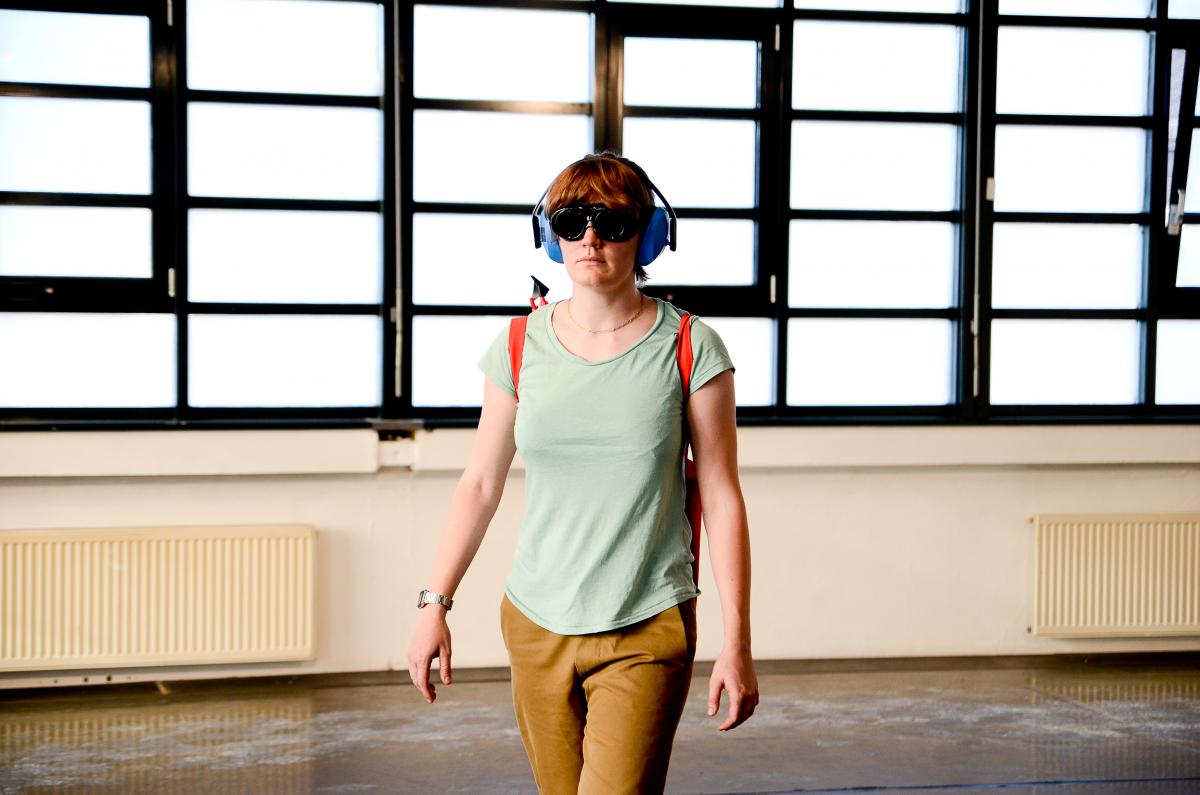 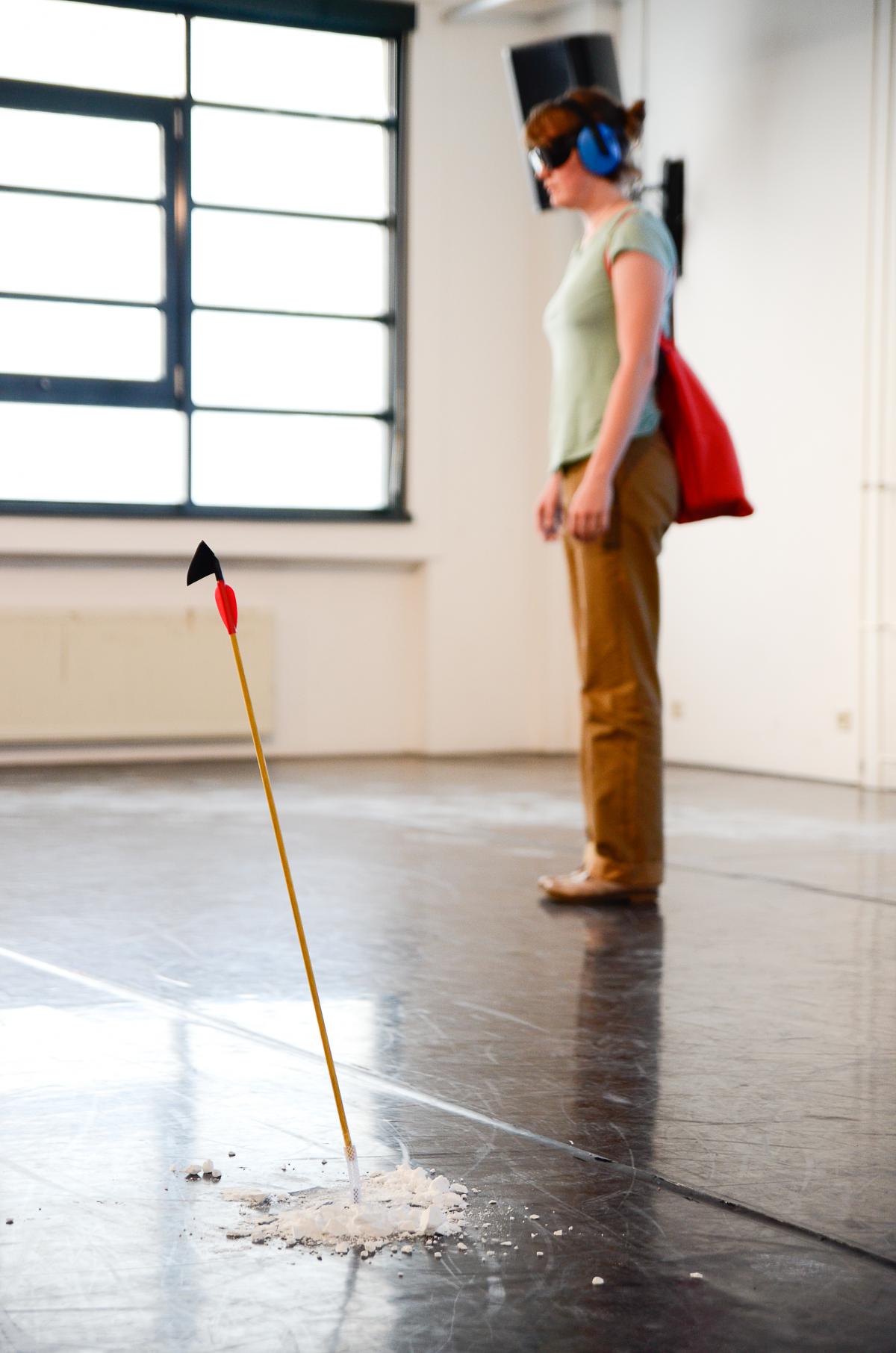 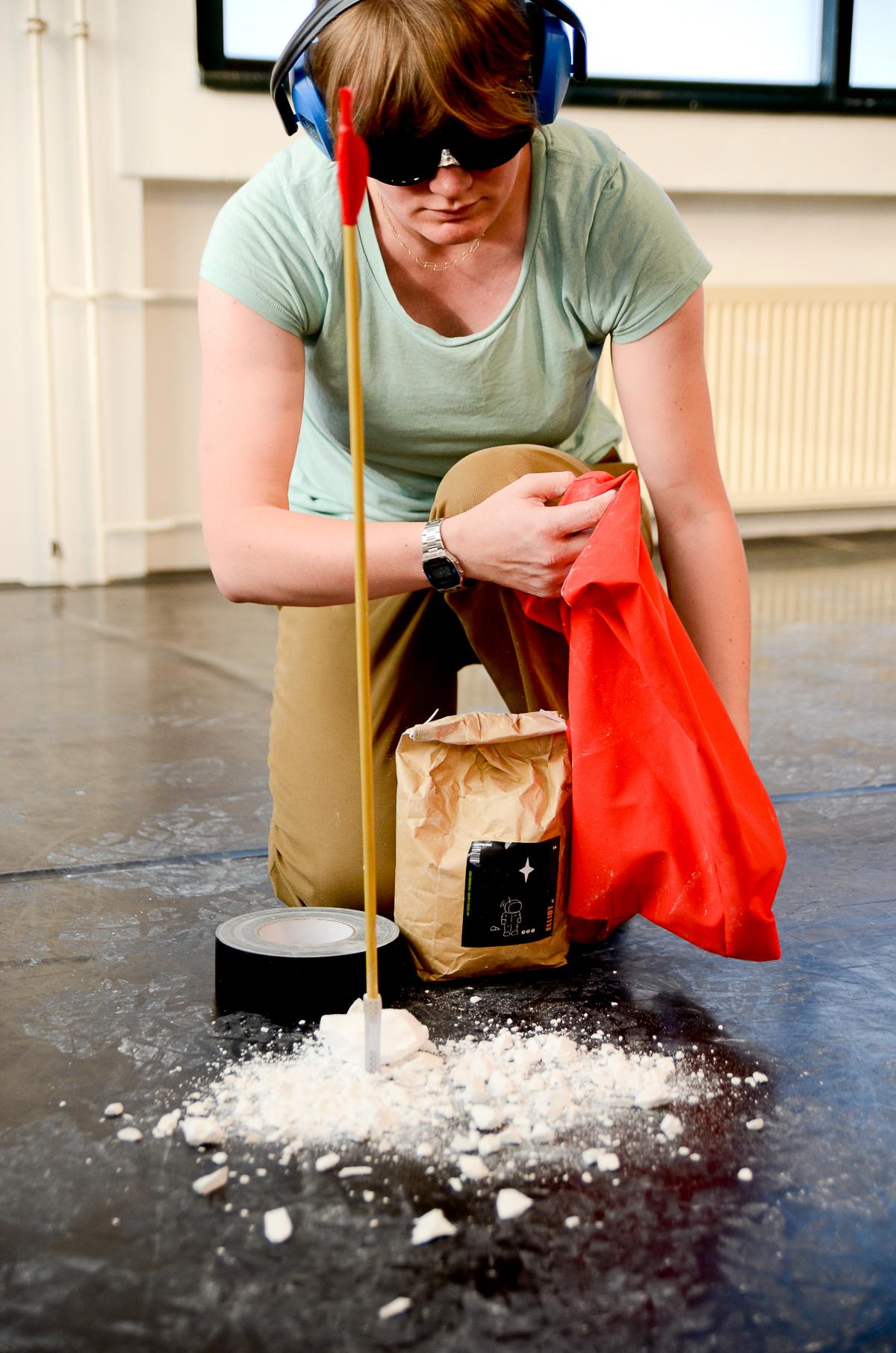 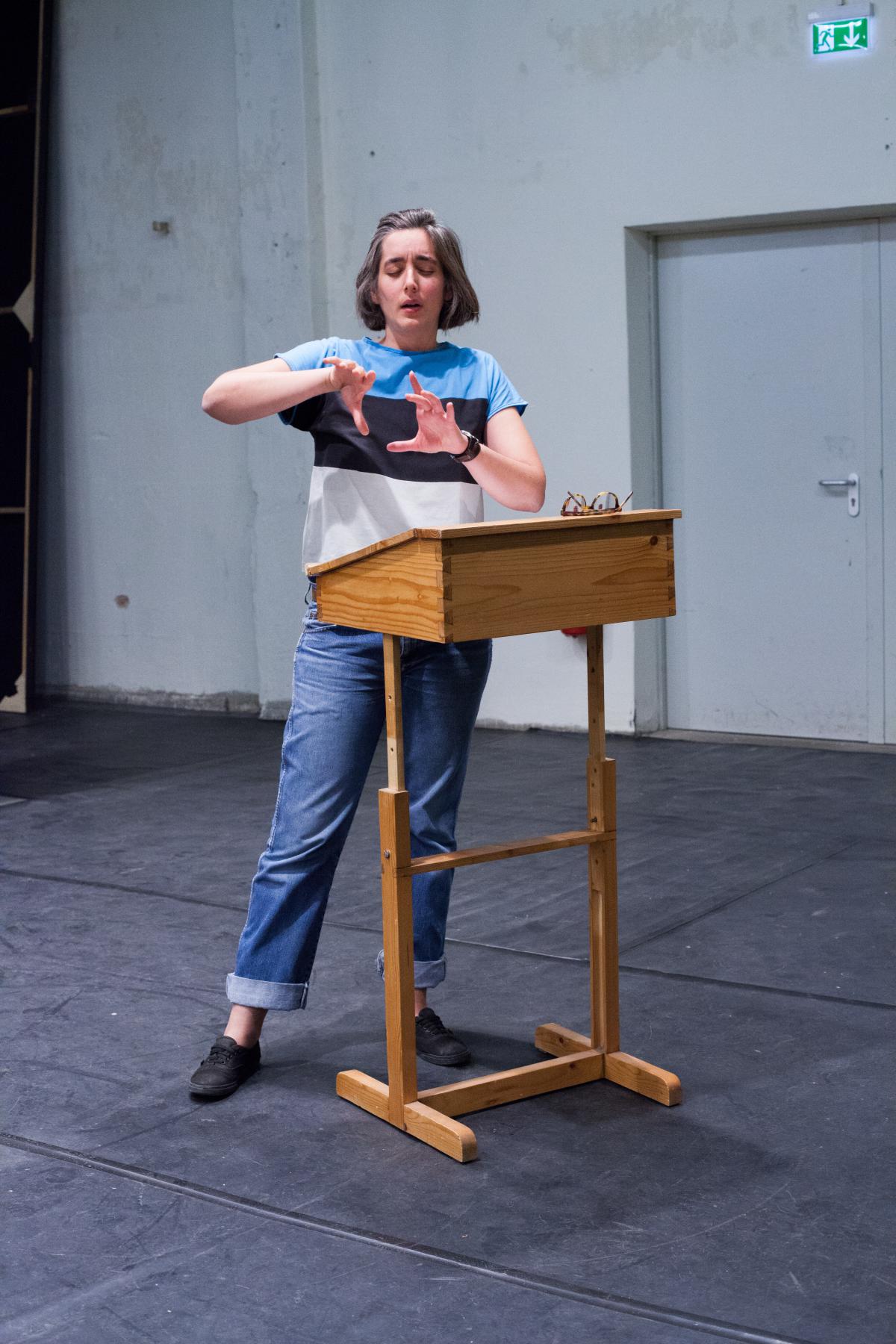 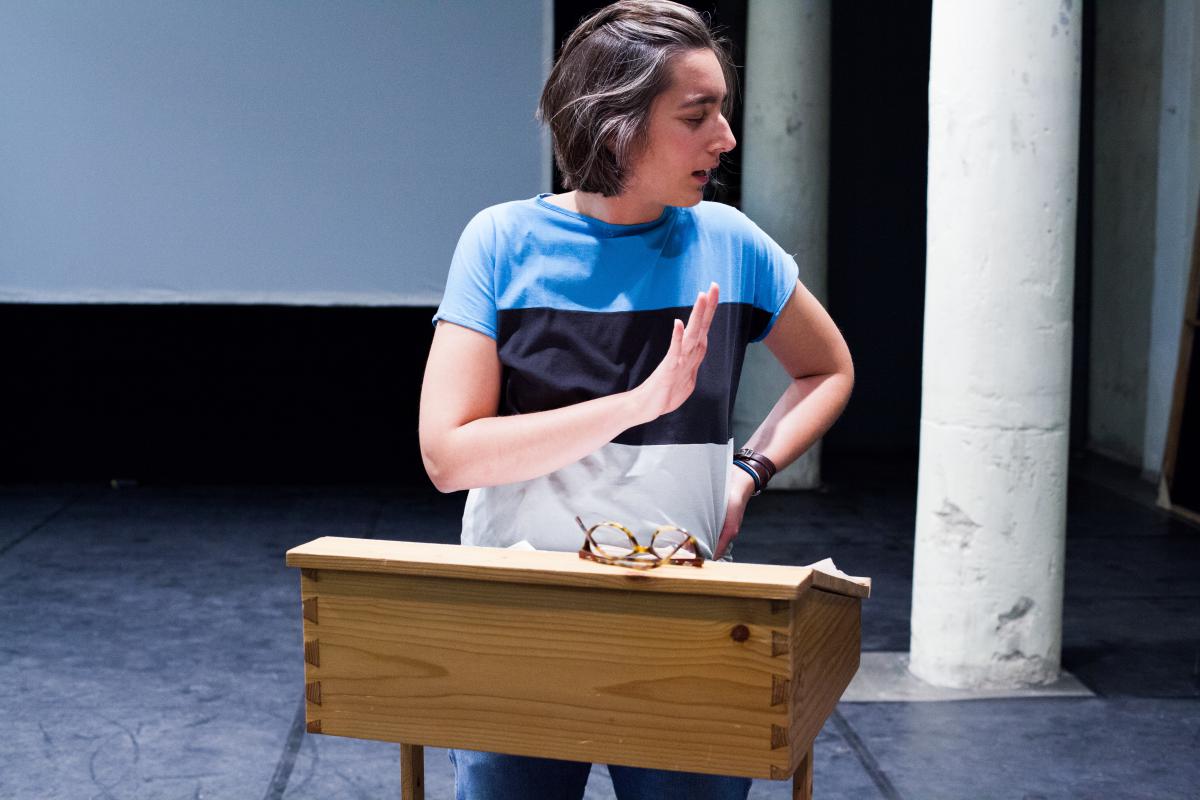 “Walking Exercises” deals with walking as the connecting element between an individual performer and the stage space that surrounds him/ her. It is comprised of three walking exercises that reveal the stage as a space of rhythm, orientation and memory. With tools such as a metronome, blindness glasses, arrows and language, three walks are being practiced. In the process, each performer inevitably finds themself stepping in the footprints of the ones before and invites the public to follow.

Exercise 1
The first walking exercise deals with rhythm. The goal of Malte Scholz is to follow the unchanging tempo of a metronome with his steps. Having managed this, he can variate his walking by inventing new walks, while always keeping pace with the given rhythm.

Exercise 2
In the second walking exercise Caroline Creutzburg attempts to orient herself on the stage solely by means of measuring (her) steps. With her eyes and ears closed she tries to find a point on stage she has defined by a play arrow. By measuring the step-distance from the arrow to each of the two stage walls she is able to find where the arrow is positioned and to calculate its distance to the centre.

Exercise 3
The third exercise is a lecture and a mental walk around the city of Athens. In her lecture Marialena Marouda unravels her experience of walking through the city as a primarily bodily one: the careful balancing of weight on the broken sidewalk slabs, the differences in wall surfaces according to how each of them invites you to touch them, the smell of carbon dioxide in the air. She describes how she moves and who she meets on the way and opens up an other space on the empty stage.