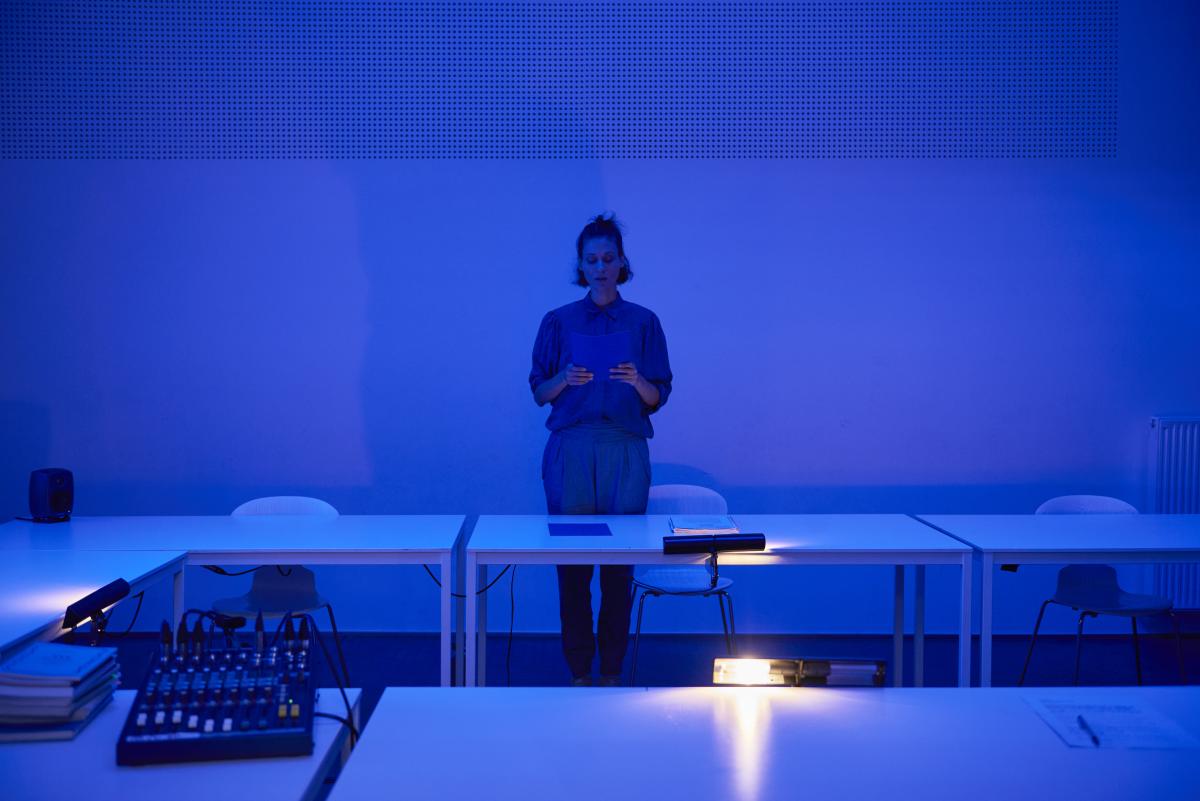 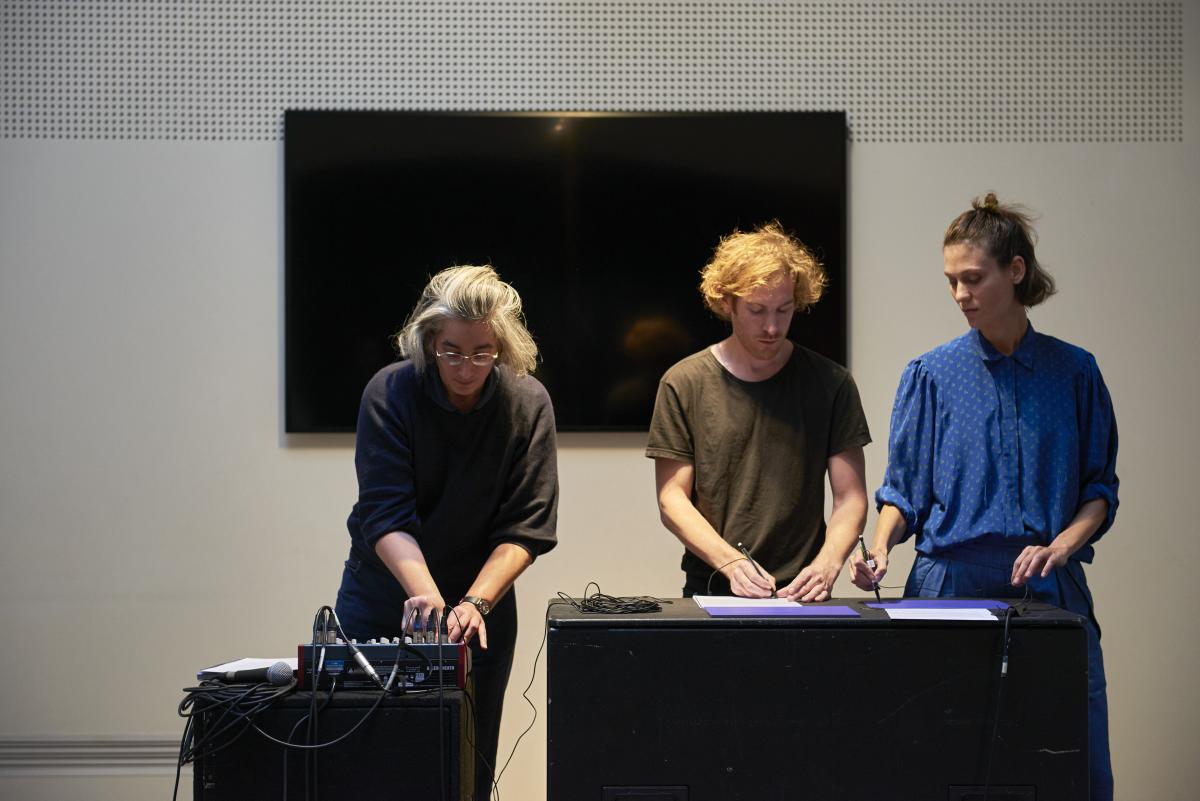 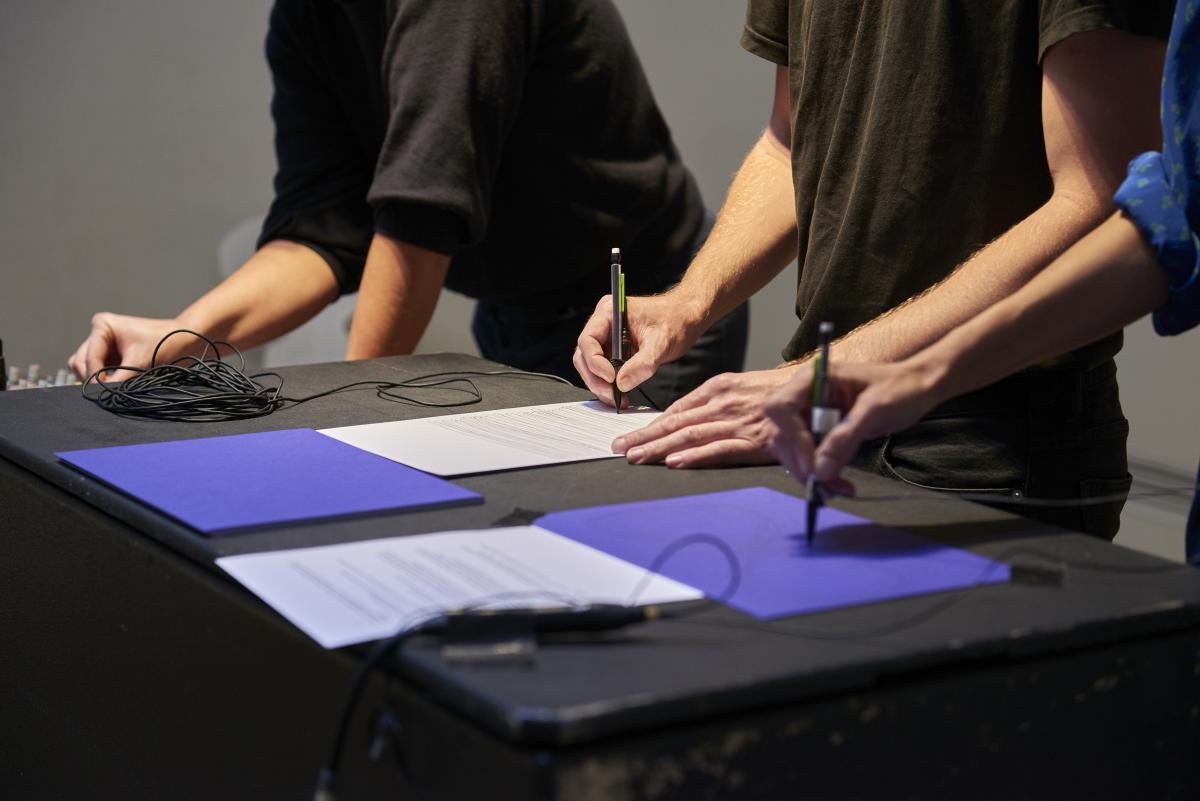 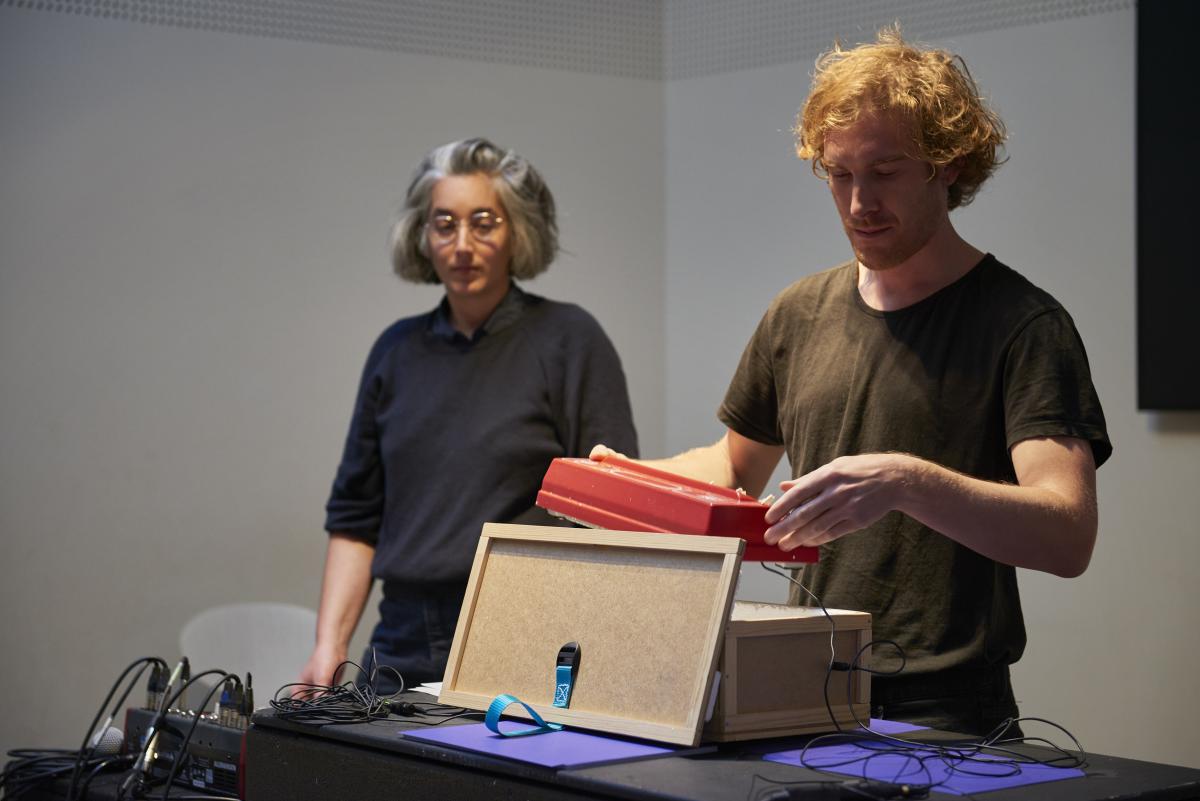 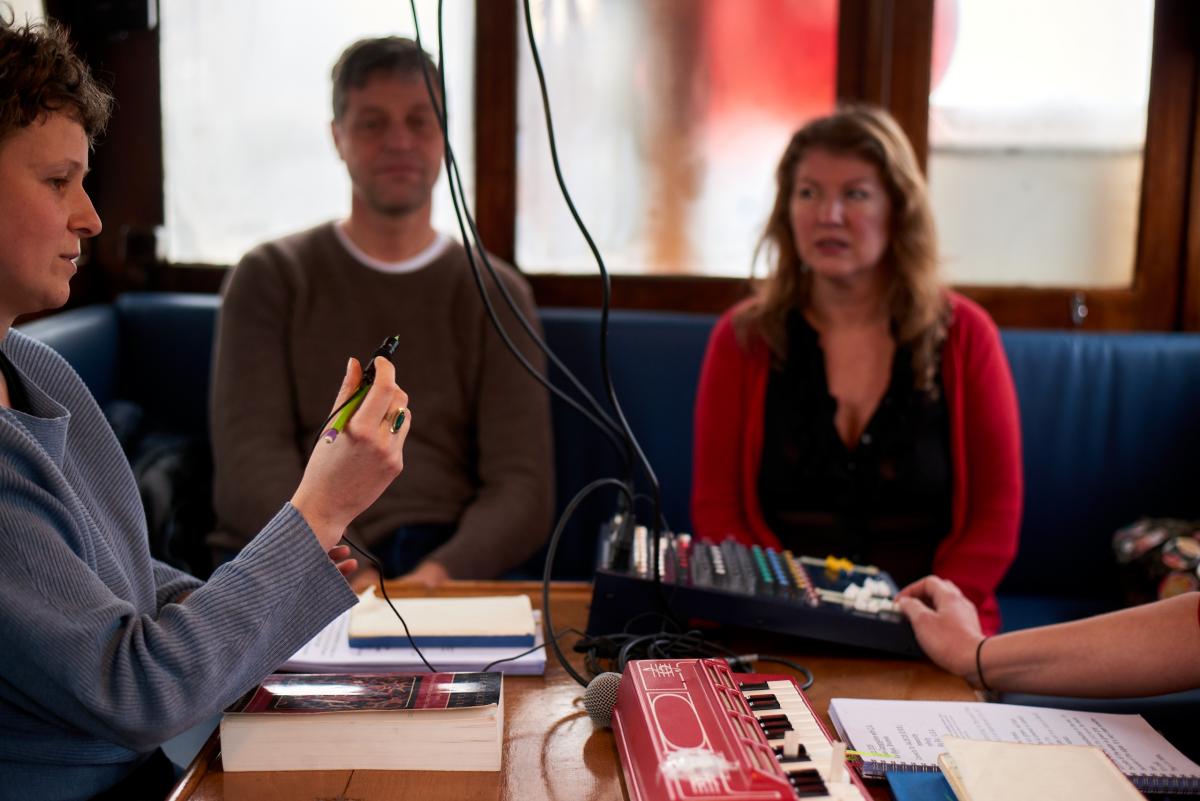 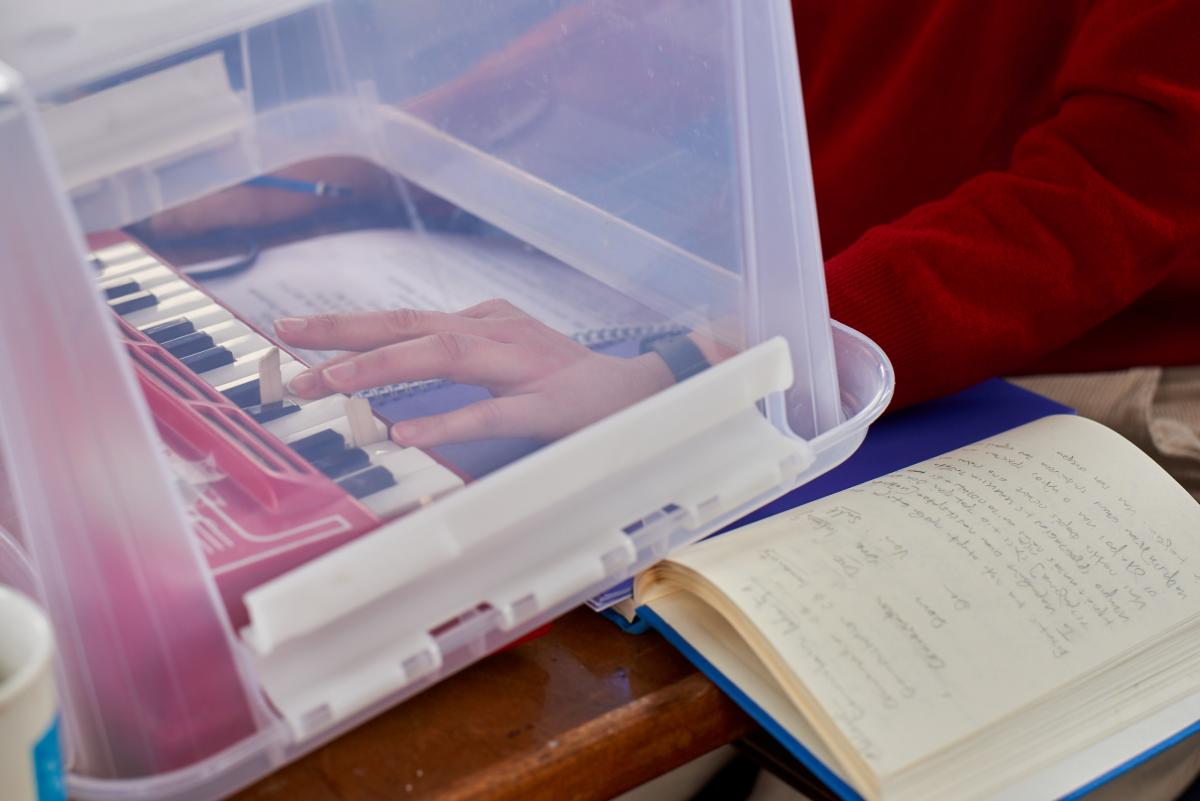 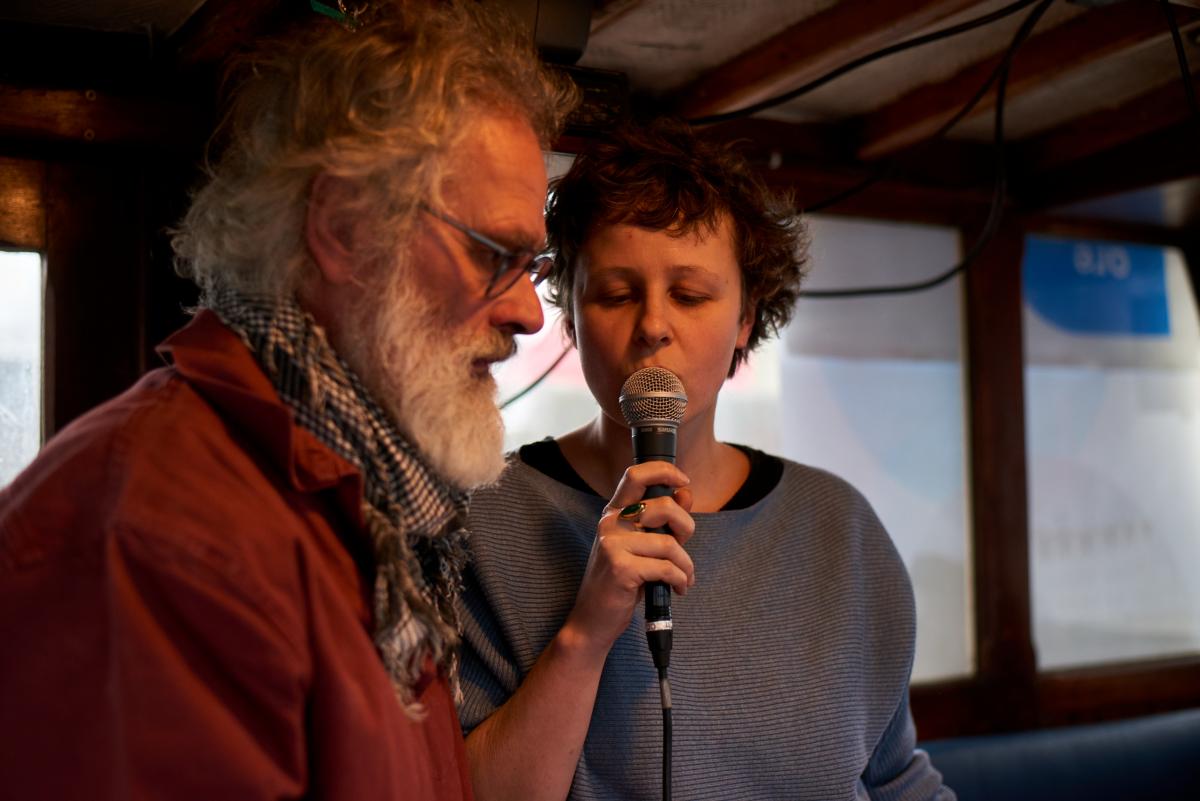 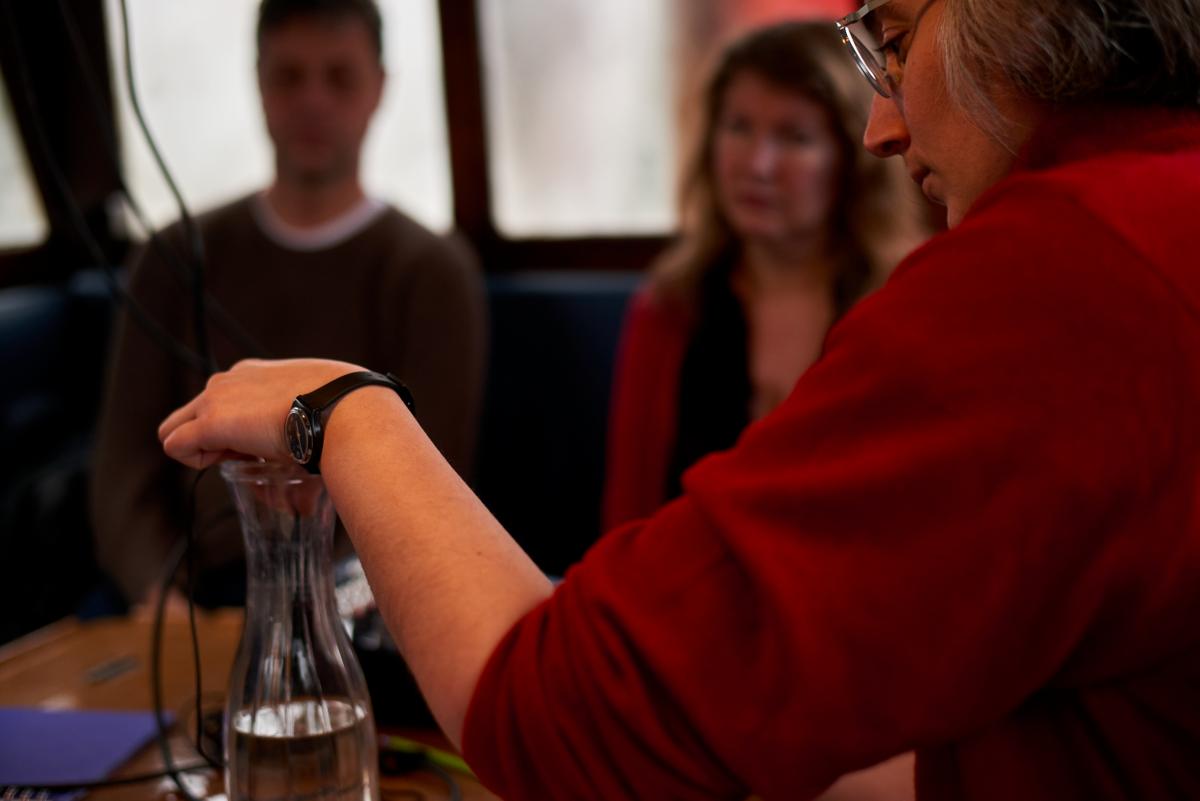 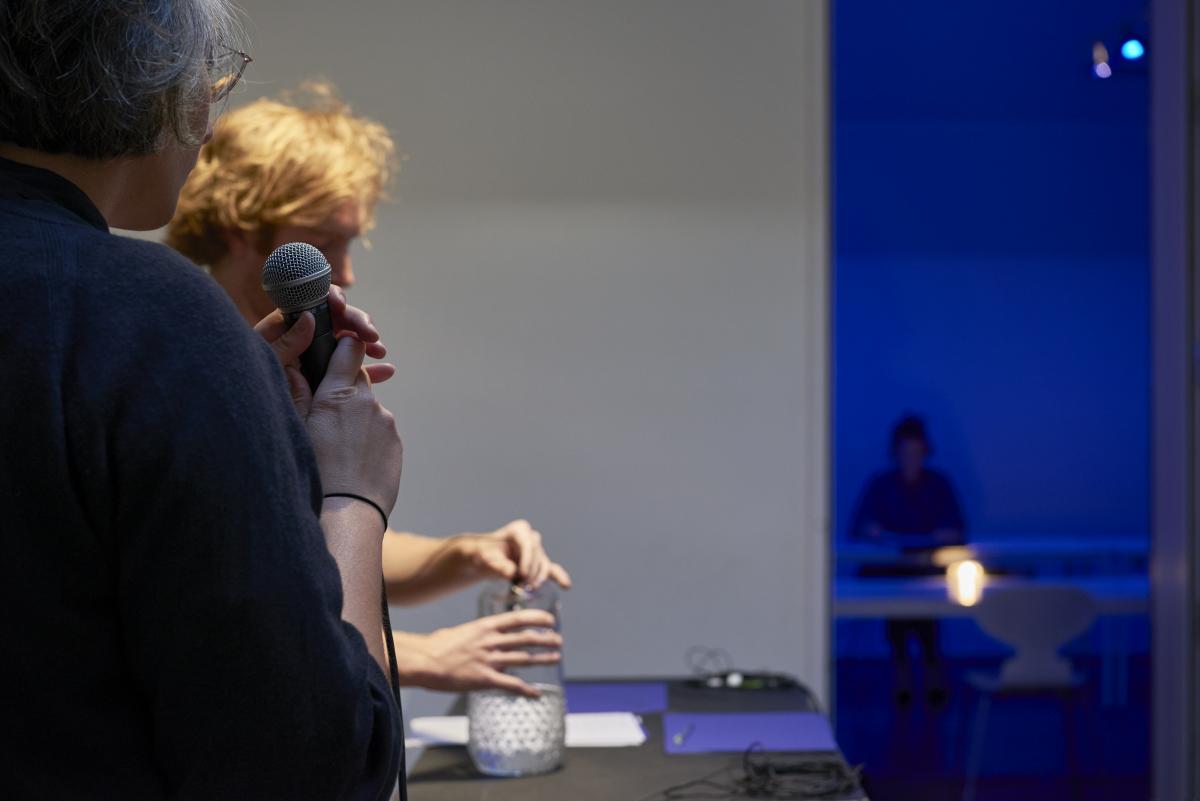 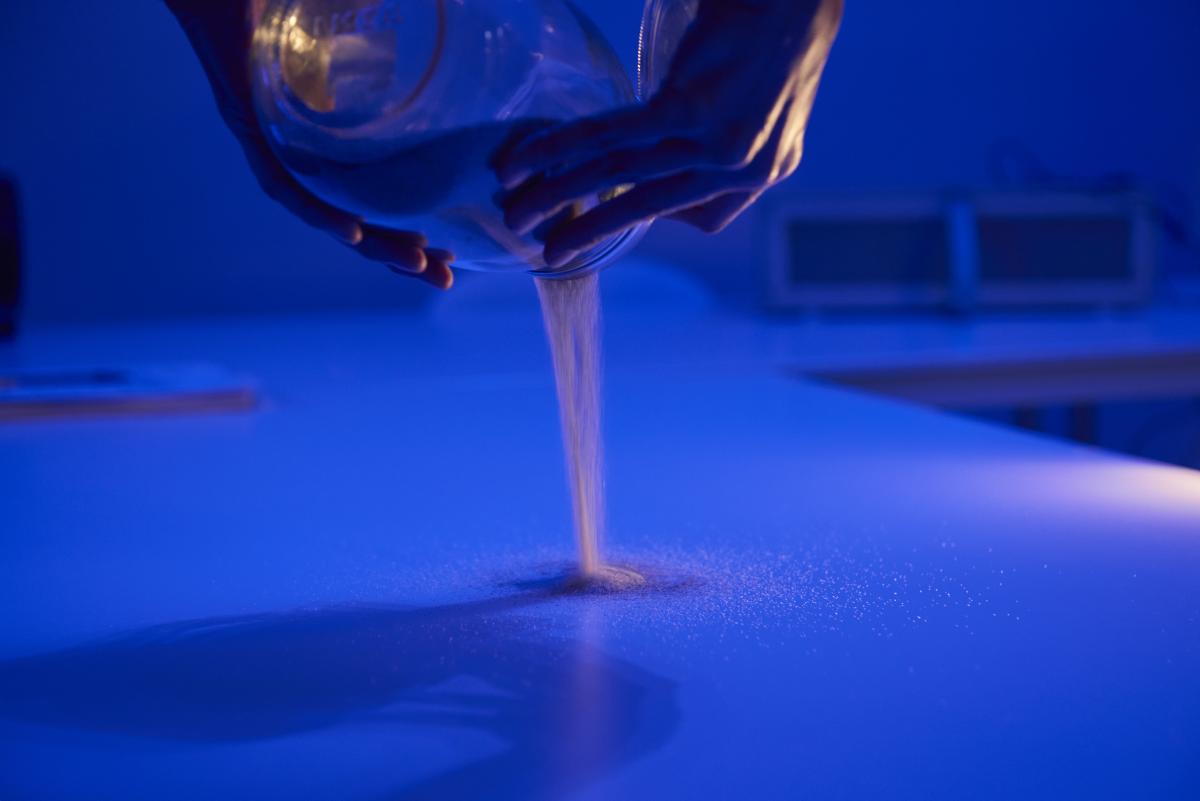 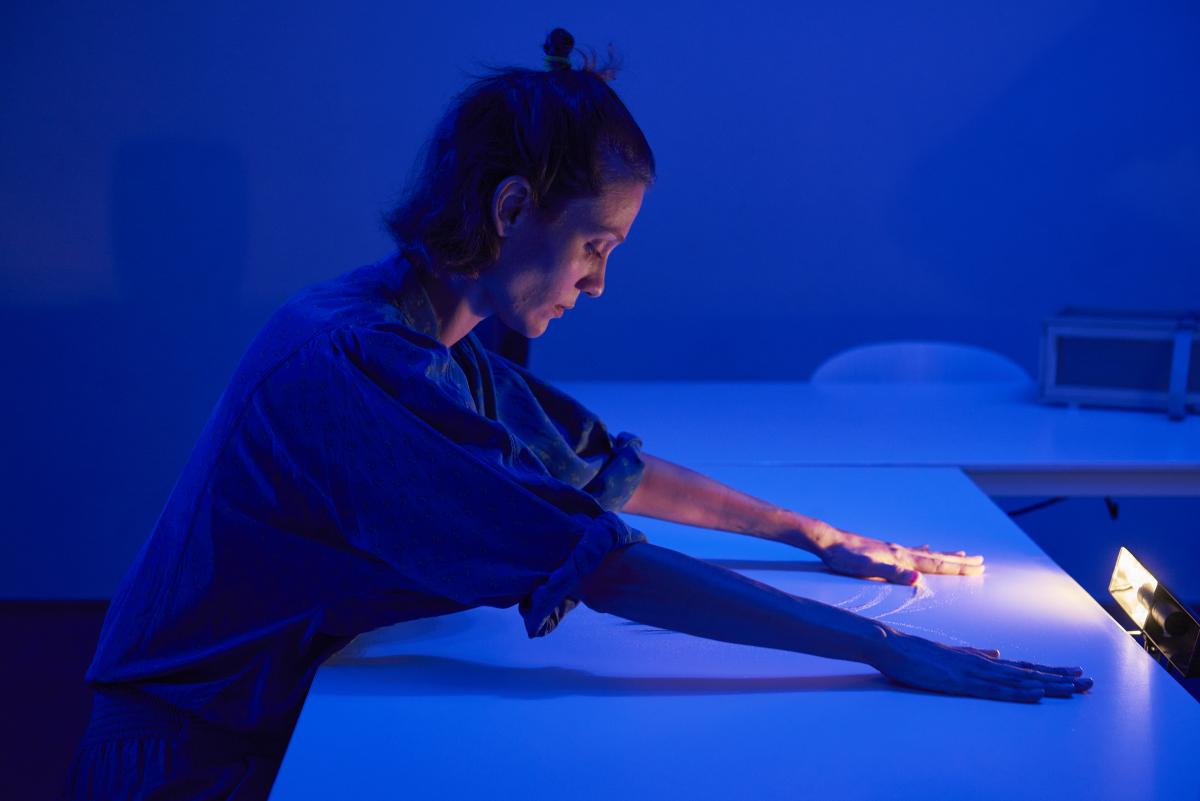 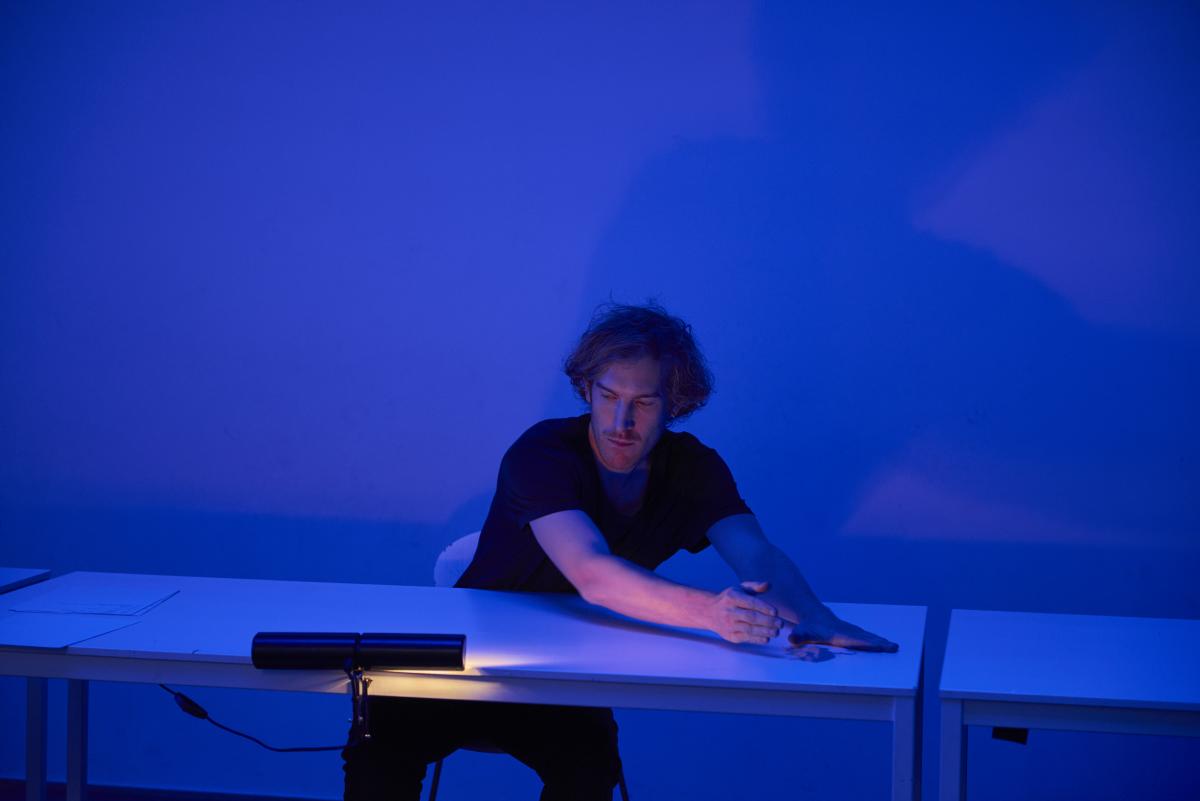 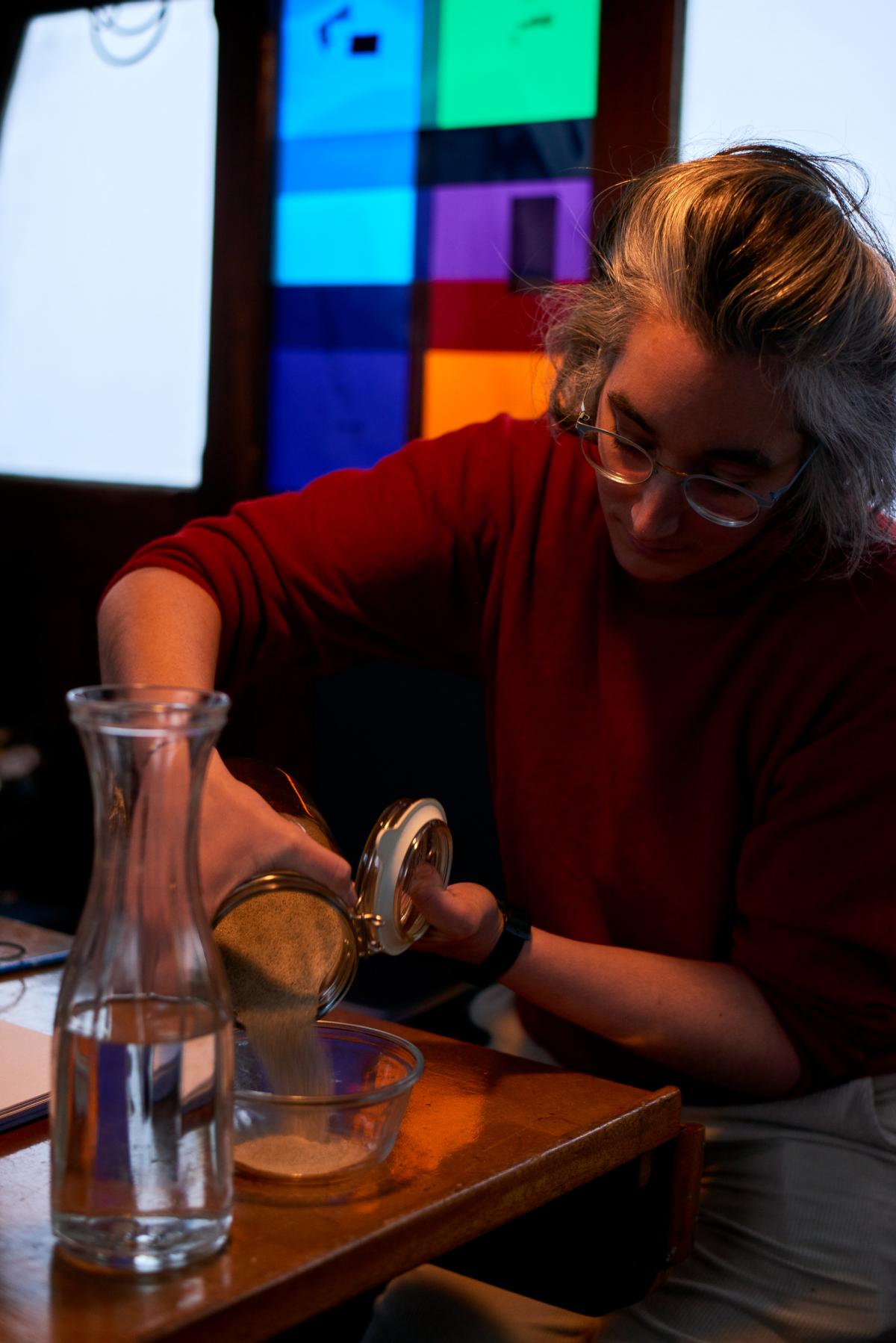 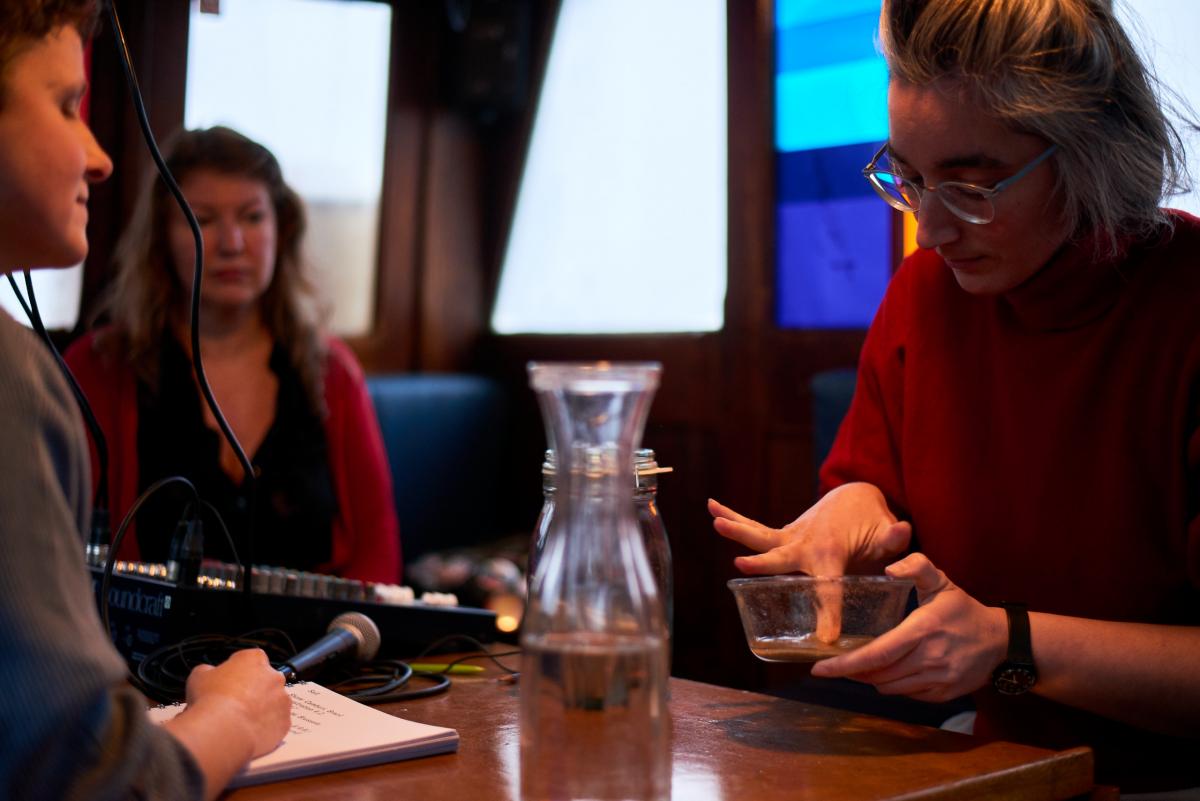 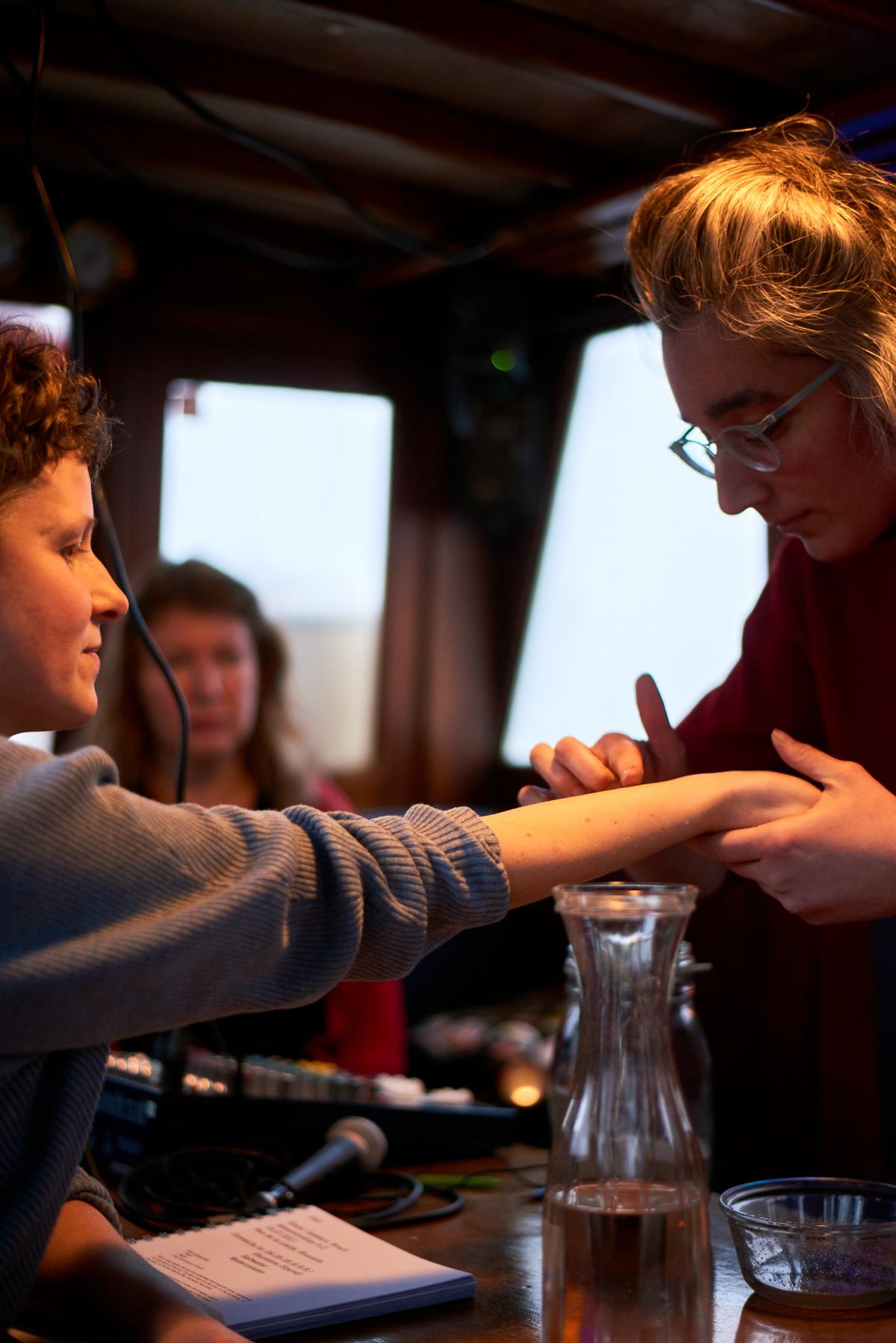 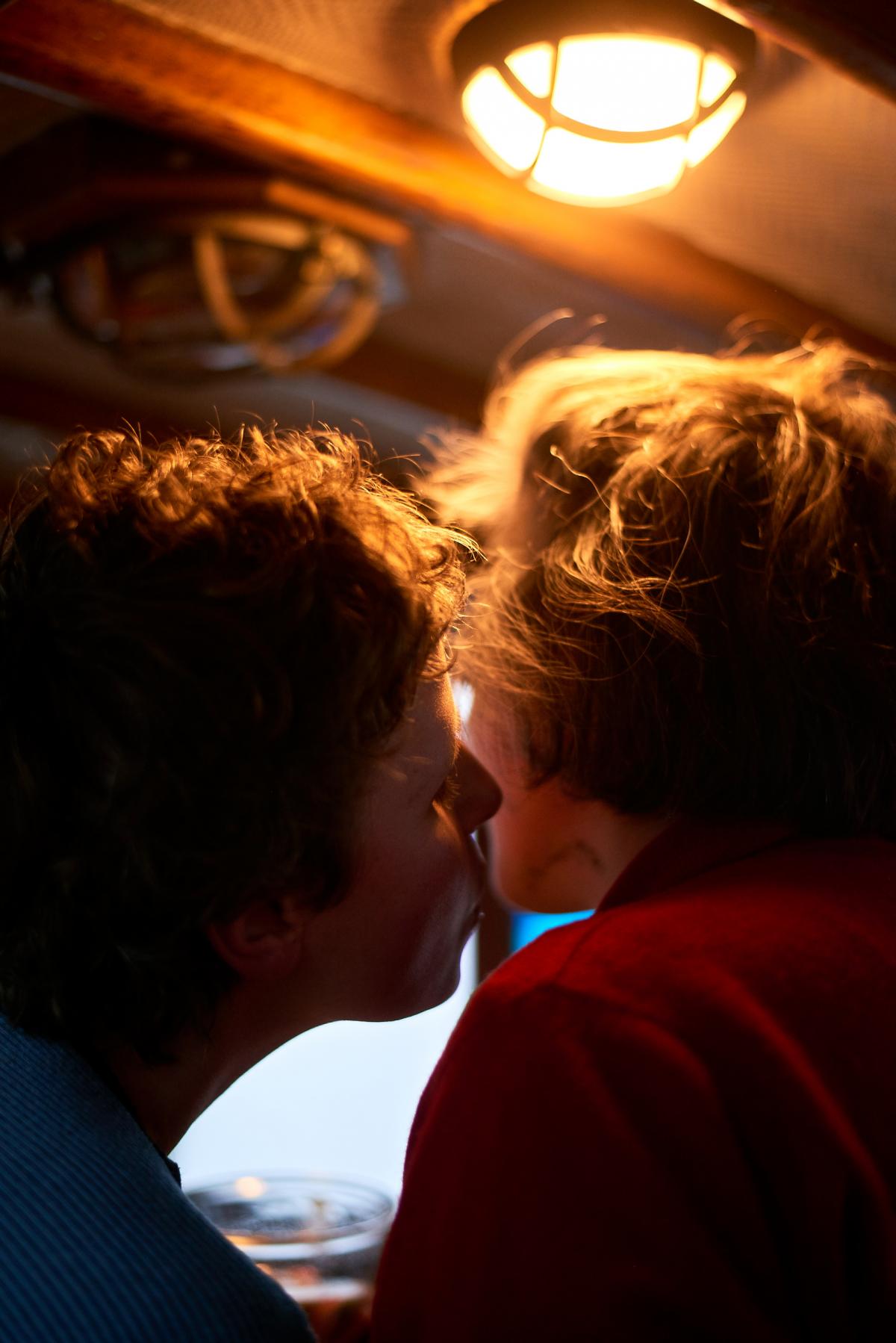 Listen to the TOI Broadcast HERE

In 2019-2020 TOI was supported by a trajectory subsidy from the Region of Brussels (VGC).

In 2020-21 TOI received a production subsidy from the Flemish Government for its further development.

What’s your relation(ship) to the ocean?
Is there an element of the ocean that you find particularly relevant?

The Oceanographies Institute (TOI) studies human-ocean kinships. It was initiated in 2018 by Marialena Marouda in Brussels, as a result of her research at a.pass (advanced performance and scenography studies). TOI focuses essentially on the relation between two bodies of water: the human body and the world ocean(s). It gives particular attention to affectual and sensual encounters between the two bodies. The Institute therefore explores the relations of hands to mud, ears to the breaking waves, feet to the feeling of sinking, rather than the ocean “in itself”, as if devoid of the human presence. It collects, analyzes and reenacts people's personal stories about their encounters with the ocean.

TOI has two goals. On the one hand, the work on human-ocean kinship seeks to undergo a process of institutionalization, by which it can affirm and disseminate the knowledge(s) that it produces. On the other hand, it strives to listen intently to the “language” of the ocean, to its mode of being of the world. In this sense, TOI aims at becoming both an institute and an ocean – simultaneously. The tools it uses for this research come primarily from performance, sound art, and storytelling.

In 2019 composer Charlie Usher and performance maker Elpida Orfanidou joined TOI. The thread linking the TOI team is a curiosity about questions on physical affectivity, wet sensations, voice work, storytelling and its musicality. Going forward, the focus of the Institute is twofold: on the one hand, we want to deepen the already existing practices of the Institute by joining forces. On the other hand, we want to move from the “I” to the “We”, developing together a common practice through time. We will be focusing on the following research questions: (How) can the ocean be evoked in a performative way and (how) can (ocean) poetry be a tool or motivation for this? How can the Institute function as a collaborative platform for artistic practices that goes beyond that of its initiator, as a space of hospitality and kinship not only with the ocean but also between its participants?

Personal experiences and stories are essential to TOI. The Institute thus develops private Ocean Conversations with people involved with the ocean, either personally or professionally. Beyond using language to describe one’s relation to the ocean, interlocutors also demonstrate, by means of sounds, textures or sensations, what the ocean “does” to their (human) body. Where scientific researchers use microscopes and petri dishes, TOI uses microphones and the sound of the voice, or the sound of objects –a beanbag, as hands sink into it, for example– as a means to study human experiences of the ocean. The aim is to make the ocean appear as if by magic, by recreating the circumstances of the encounter.

The conversations and demonstrations that are documented by taking handwritten notes, result in a database of transcripts and scores. These texts, both documentary and poetic in their nature, are collected in the Oceanographies Scorebook, a publication and a website-to-be, currently in development in collaboration with the design collective Open Source Publishing (OSP). The transcripts and scores also form the material for TOI’s public performances, during which those conversations and demonstrations are shared publicly, evoking the ocean also in the memories and imagination of the audience.

The Institute’s work is political and polyphonic, as it reveals and highlights the personal significance of the ocean in people’s lives. On a global scale the ocean is very much implicated in most –if not all– of the world’s current “crises”. TOI seeks to address the ocean’s relevance in our lives, by focusing on situated knowledges and singular relations to the ocean. TOI is also committed to making a multiplicity of voices and experiences heard, thus revealing the network of relations and the plurality of actors within an oceanic or sea community. By studying how the ocean or the sea has accompanied, guided, influenced or changed people, and vice versa, TOI makes the omni-presence of the ocean tangible in our busy, urban lives and bodies.