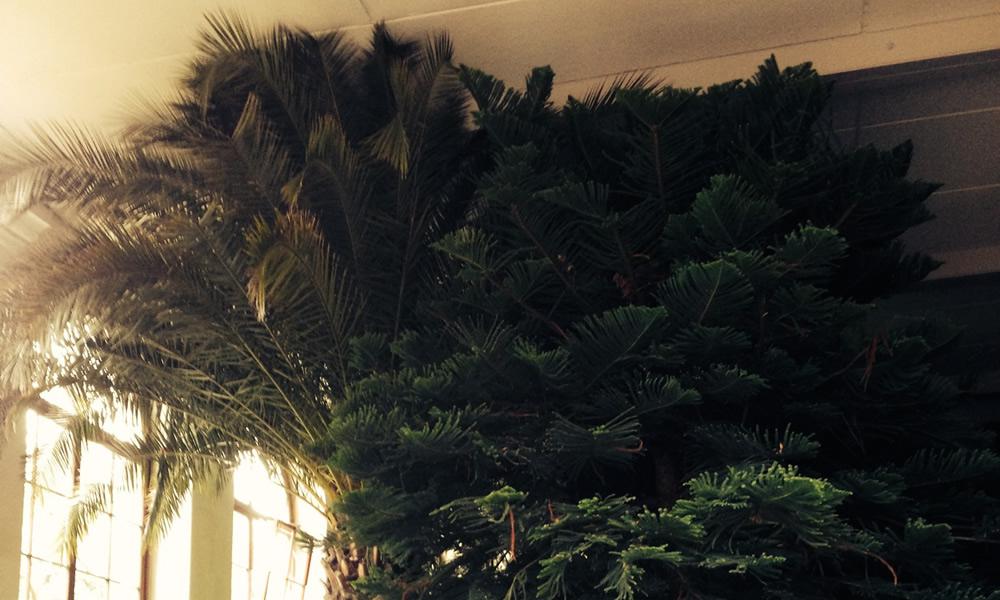 "To dreamers, freedom seekers and community lovers,
an oasis, an utopic island, a temporary autonomous zone, the perfect place to be...

For the 25th anniversary of Kunstlerhaus Mousonturm in Frankfurt, the theater’s resident company MAMAZA re-creates the theater as an ephemeral communal garden. A newly thought space offered to the people of Frankfurt giving the liberty to cohabit, share and dream together. Inspired by the story of Libertalia, a possibly fictional anarchist colony founded in the late 17th century in Madagascar in which pirates freed slave ships and lived communally in an exotic peaceful environment. This garden consists of a large collection of private plants collected door to door, by the artists, from Frankfurt’s inhabitants and re-composed as a mobile island on the stage of the theater. Elaborated in collaboration with the Städelschule’s Architecture class SAC, Garden State is a landscape / time-scape where the people are invited to have all kinds of interactions and activities: concerts, naps, lectures, sun salutations, full moon bathing, open mic performances and a nighty-night calming down lullaby to end the day. Garden State brings together the natural and the artificial, the outside and the inside, and puts the experience of the visitor in the center of attention. The garden becomes the framework of a social choreography where the local inhabitants come and go according to their own will. They take part in the events that emerge throughout the day, and can transform and re-compose the space, either by simply spending time there and taking space or by literally moving the mobile plants around. They become an essential part of the space and its creation."

Within the framework of Garden State, "Walking in the City: On the Poetics of Space" is presented, inviting the public to a solitary walk both inside and outside the momentary garden.